The store will not work correctly in the case when cookies are disabled.
In stock
SKU
486464385

Antonin Dvorák: Symphonies No. 4 And 5 In Full Score

The Czech composer demonstrates his mastery of the orchestral form in these two works: Symphony No. 4 in D Minor, with its pronounced Wagnerian influences; and the markedly contrasting Symphony No. 5 in F Major, a work of pastoral beauty.
Dvorák wrote his fourth symphony in early 1874. A mainstay of the orchestral repertoire, it is scored for an orchestra of two flutes, piccolo, two oboes, two clarinets, two bassoons, four horns, two trumpets, three trombones, timpani, various percussion, harp, and strings. A year later, the composer wrote his fifth symphony, which reflects his interest in the classicism of Brahms and evokes his nostalgia for the forests and meadows of his native Bohemia. Dedicated to Hans von Bülow, the symphony is written for an orchestra of two flutes, two oboes, two clarinets, one double bass clarinet, two bassoons, four horns, two trumpets, three trombones, timpani, and strings. 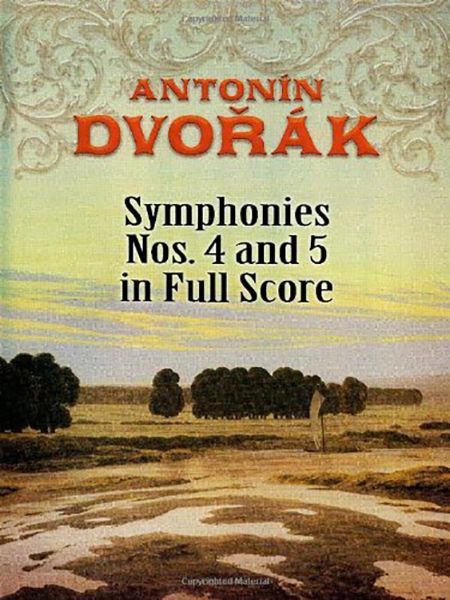 Skip to the beginning of the images gallery
Details

More Information
Reviews
Write Your Own Review
To Top